The Most Dangerous Dish: Pufferfish In China A Fish worth Risking Your Life For

Pufferfish are among some of the most poisonous vertebrae in the world, yet are eaten as a delicacy in many Asian countries, including China. Though the fish do not produce the toxin themselves, they eat something that does, causing a buildup of the toxin in certain organs, with the liver, in particular, being the most poisonous. The origins of the toxin are still debated by scientists. Their gonads, intestines, and skin also contain the neurotoxin tetrodotoxin, which is far more of a potent poison than arsenic or cyanide. There is no known antidote.

Symptoms start within 20 minutes to 2 hours after eating the toxic fish. Initial symptoms include tingling of the lips and mouth, followed by dizziness, tingling in the extremities, problems with speaking, balance, muscle weakness and paralysis, vomiting, and diarrhea. The toxin works by blocking sodium in nerve synapses so that the brain can no longer send signals to the rest of your body. When it kills, it’s because your lungs are no longer able to be told to breathe, so you suffocate.

About 60% of the people who die from poisoning suffer what the U.S. Food and Drug Administration deems a “rapid and violent death.” Many die from eating the liver which aficionados say is “ a great delicacy; once you eat, you can not stop.”

Also known by its Japanese name fugu, the dish is so sought after that many people still take the risk. The Japanese eat over 10,000 tons annually, with heavily policed handling- only licensed chefs can buy and handle the whole pufferfish, which is prohibited to sell to the general public. In the EU, fish of this entire genus are completely prohibited for sale. In the USA, all pufferfish is illegal for consumption or sale, unless it is imported from these licensed and highly trained Japanese chefs. And even so, only 17 restaurants are allowed to put it on a menu, 12 of them being in New York City.

So…Why Do We Eat Pufferfish?

As one of the oldest countries in the world, China has a lot of experience to share. There are documents in China mentioning the preparation and eating of pufferfish from over 1700 years ago, where it would grace the tables of the Tang dynasty emperors.

Everyone knows Chinese people love to eat, but very few people know how much effort we have made to get there. When we talk about eating pufferfish in China, we primarily refer to those that swim up the Yangtze River. All Chinese people know this fish as one of the most delicious (yet most dangerous) foods in China. We even have a well-known phrase: “We’re so desperate to eat a pufferfish that we’re willing to risk our own life.” We often say this to someone who is a true foodie or someone who takes a great risk to accomplish something.

Typically the toxicity varies on the time of year and their gender, it’s related to their breeding seasons but no one is quite sure why. In China, we often prepare pufferfish in a stew or soup, and people believe that the best time to eat pufferfish is just before Tomb Sweeping Festival in spring. The 3 Ancient Rules of Eating Pufferfish

1. You are never invited to eat pufferfish, it is truly eaten at your own risk! The host would not welcome you to a poisonous dish, much less be responsible if you were poisoned.

2. The chef should always take the first bite. The liver is known to contain the strongest toxins and chefs need to be well-trained to make sure it is thoroughly cleaned and well prepared to avoid cross-contamination. Typically the fish is cooked with the head (including the eyes) and skin over very high heat as people assume it would destroy all of the poison. (It doesn’t.)

3. Go Dutch. You should never buy anyone else a meal of pufferfish! This emphasizes that it is always a personal choice. In fact, in some regions, it’s customary for patrons to put their money under their bowls to show that the meal was paid for by themselves. Can You Find Pufferfish Today?

Despite the Chinese government banning the preparation and sale of this fish since 1990, it was still quite popular and often sold “off-menu” until the ban was lifted in 2016. In fact, the government estimates approximately 30-50 thousand tons of them were eaten each year during its ban. The ban was lifted because some fish farmers in cooperation with university studies were able to raise two breeds of pufferfish with lower toxicity levels by raising them with a highly controlled diet, and only these are legally allowed to be sold.

Though these places claim to be “toxin-free” we still advise on the side of caution when it comes to this dish. There’s so much misinformation put forward- the Chinese government now regulates that all pufferfish must be cooked and served within 20 minutes, even though there’s little evidence that cooking destroys tetrodotoxin. Restaurants and fisheries claim their fish to be toxin-free when they aren’t (just less toxic than wild pufferfish) and cannot be, especially since the origins of the toxin are still not understood. And even if you are in a licensed restaurant, it’s not likely that all the pufferfish sold are of this farmed variety- China’s illegal pufferfish market is worth $1.5 billion USD and still going strong. Beyond that, it takes considerable skill to handle a pufferfish safely, and it’s hard to know if all these new places are keeping chefs up to par.

If you’re still undeterred, we’d rather you at least be safe. There are a lot of places now offering it now that the ban is lifted. As per the ancient rules, this isn’t an invitation.

Where to Eat Pufferfish In Beijing- Tian Zheng He Tun (天正河豚) Located in the Joy City shopping mall, near Qingnian Lu Subway Station. This restaurant specializes in pufferfish dishes, and their No.1 recommendation is the braised pufferfish (红烧河豚鱼), which has received a great reputation among the pufferfish-loving crowd. Their fish is freshly cooked with rich seafood sauces, giving out a tender and refreshing taste. Average price here is about ¥200 RMB ($28 USD) per person. Their braised pufferfish is 98 RMB (14 USD).

Where to Eat Pufferfish In Shanghai- Wai Tan Hui (外滩会) Located on the Shanghai Bund, this restaurant is perfect for an adventurous eater to try after strolling along the river. Their braised pufferfish (红烧河豚鱼) is a classic choice. Their price is about ¥650 RMB ($92 USD) per person on average. The pufferfish dish is ¥298 ($43 USD).

Would We Try Pufferfish?

We’re curious, but no one on the team has yet. We’re adventurous eaters, and certainly, the things we’ve eaten would make many of you readers squeamish- but there’s a line between unconventional and downright deadly. It just goes against every principle of food safety (which is obviously super important to us as a food tour company.)

However, most of us would try it in Japan. While both countries are careful to regulate where the pufferfish comes from, Japan takes it a step further and also regulates who can handle it. In our eyes, it doesn’t matter too much if the fish is wild-toxic, or slightly less toxic and farm caught- it’ll still hurt you. What’s most important is the chefs.

In Japan since 1958, pufferfish chefs must earn a license to prepare and sell fugu to the public. The apprenticeship alone takes up to three years, then they must pass a written test, a fish-identification test, and a practical test, preparing and eating the fish. Only about 35% of the applicants pass. All in all, it takes an average of 11 years to earn a license.

As a result, Tokyo reported a total of 23 pufferfish poisoning incidents between 1993-2006, and only one of those came from a restaurant. And Tokyo has tens of thousands of Fugu chefs. All the other incidents came from unlicensed people handling it at home. Interestingly, some of these home incidents were attempts at suicide.

Another difference is that cooked pufferfish is reportedly very tough, and a non-chewy texture can only be achieved through a very experienced chef. In Japan, it’s mostly served as sushi, sashimi, or chirinabe (a kind of hot pot) and that texture would probably suit our tastes more 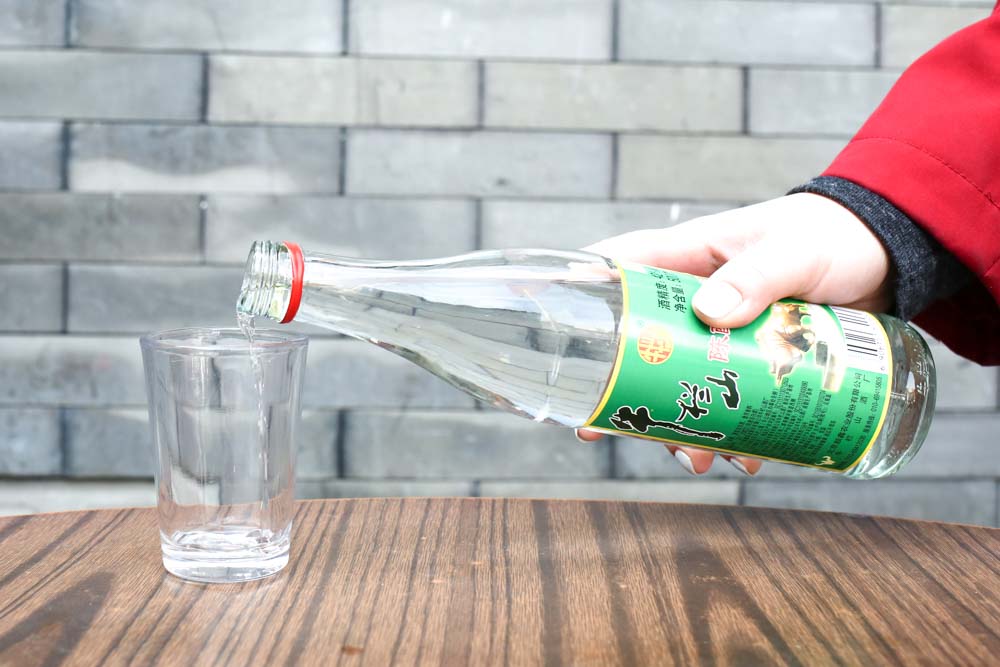 Signup for our newsletter!